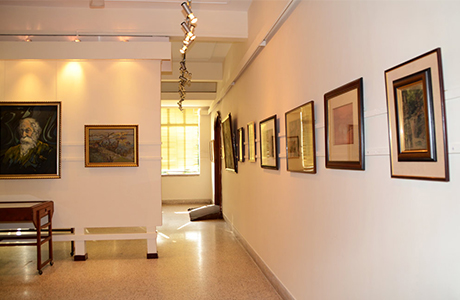 Swami Vivekananda was also extremely sensitive to all that was positive and manly in fine art. During the course of his wanderings in India he visited innumerable historic places and observed first-hand the works of the great artists, architects, and sculptors of the past. While travelling in America, Europe and England, he visited art museums and galleries and engaged with famous artists of the time. Swamiji’s enduring contribution to art is his conceptual design of Sri Ramakrishna’s Temple at Belur Math. Even as he could not see it completed in his lifetime, the temple built on his guidelines is an architectural masterpiece combining pristine Eastern and Western traditions.

The emblem of the Ramakrishna Order designed by Swamiji is also an unique and unparalleled work of art created in an exalted mood of spiritual inspiration. It is a profound symbol of harmony and synthesis leading to life’s fulfilment. This is indeed what he wanted every man and woman to be, to realize, either in the East or in the West. The meaning behind this emblem, in the language of Vivekananda himself is as follows:

“The wavy waters in the picture are symbolic of Karma, the lotus of Bhakti, and the rising-sun of Jnana. The encircling serpent is indicative of Yoga and awakened Kundalini Shakti, while the swan in the picture stands for Paramatman. Therefore, the ideal of the picture is that by the union of Karma, Jnana, Bhakti and Yoga, the vision of the Paramatman is obtained.” 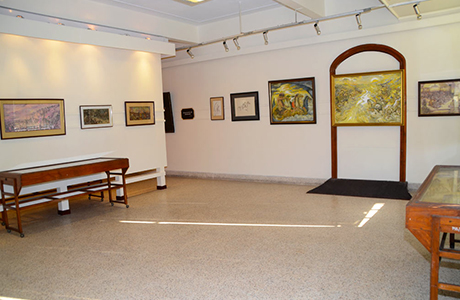 Swami Vivekananda founded the Ramakrishna Sangha on May 1, 1897. The aim of the Sangha, as he put it, “..is to preach those truths which Shri Ramakrishna has, for the good of humanity, preached and demonstrated by practical application in his own life, and to help others to put these truths into practice in their lives for their temporal, mental and spiritual advancement.” He also laid down the methods of action of the Ramakrishna Mission, which were to be: (a) to train men so as to make them competent to teach such knowledge and sciences as are conducive to the material and spiritual welfare of the masses; (b) to promote and encourage arts and industries; and (c) to introduce and spread among the people in general, Vedantic and other ideas as elucidated in the life of Sri Ramakrishna.

The Museum and Art Gallery at the Ramakrishna Mission Institute of Culture draws its inspiration from item (b) of ‘Methods of Action’ as laid down by Swami Vivekananda, especially that the Mission will ‘promote and encourage arts and industries’. The museum has been in existence at the Institute’s current premises in Gol Park since 1976.

The museum has on exhibit a permanent display of artifacts; it also organizes one annual exhibition and periodic displays based on thematic or taxonometric (period, size, composition, and utility) considerations. It offers docent services with guides providing detailed information on exhibits to visitors. 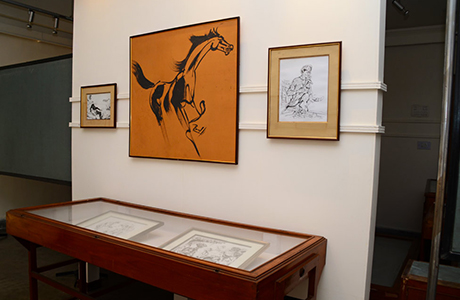 The Museum acquires artifacts by purchase and through donations. Many noble souls donate their collections of art and antiquities to the museum. Recently, several famous Indian artists – Jogen Choudhury, SanatanDinda, S. Nandagopal, Wasim Kapoor, Yusuf Arakkal, PareshMaity, ChandiLahiri, Surya Prakash, M. Senatipathi, and LalitaLajmi – have each donated an artwork to commemorate the 175th year of the advent of Sri Ramakrishna (2011) and the 150th birth anniversary of Swami Vivekananda (2013).

The Museum allows students from the universities of Calcutta, Rabindra Bharati, and Jadavpur to prepare dissertations based on its exhibits. In this way, it acts as a parallel academic institution.

More than 30 artists, art historians, art critics, and museologists are attached to the Institute as faculty members for this course.

In addition, the Museum has started a course on Drupad signing for children.

THE SARADA DEVI SCHOOL OF FINE ARTS AND CRAFTS

This prestigious art school is attached to the Museum. It conducts the following two main courses: